We partnered with Various Solutions to create a virtual scavenger hunt that gave one lucky fan and a friend exclusive access to DJ Sasha's Refracted Live Tour Studio Rehearsal.

We announced the The Hunt via Twitter and Facebook right as the virtual ticket went live in Trafalgar Square, London.

We specifically gave as little detail and info as possible to see who his truly devoted fans were. 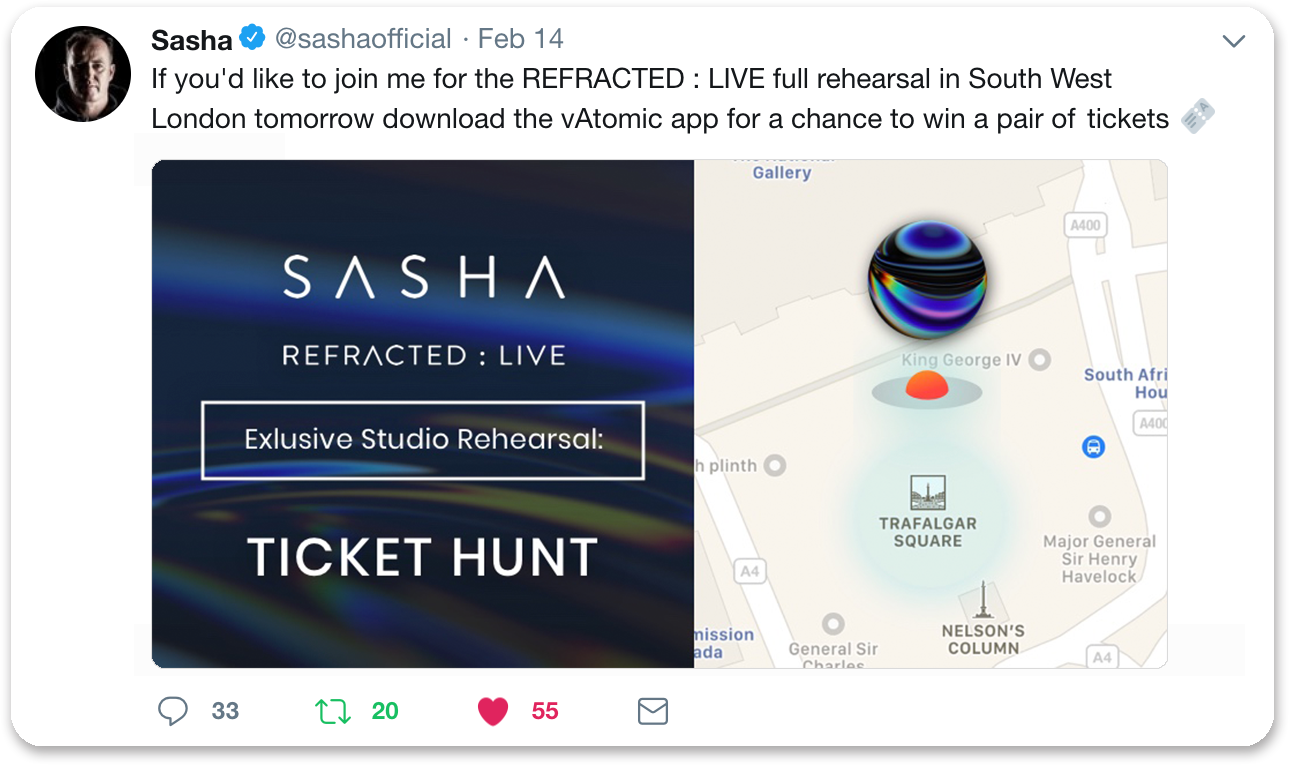 Fans were redirected to a webpage with detailed instructions on how to download the app and where to claim the winning virtual ticket. 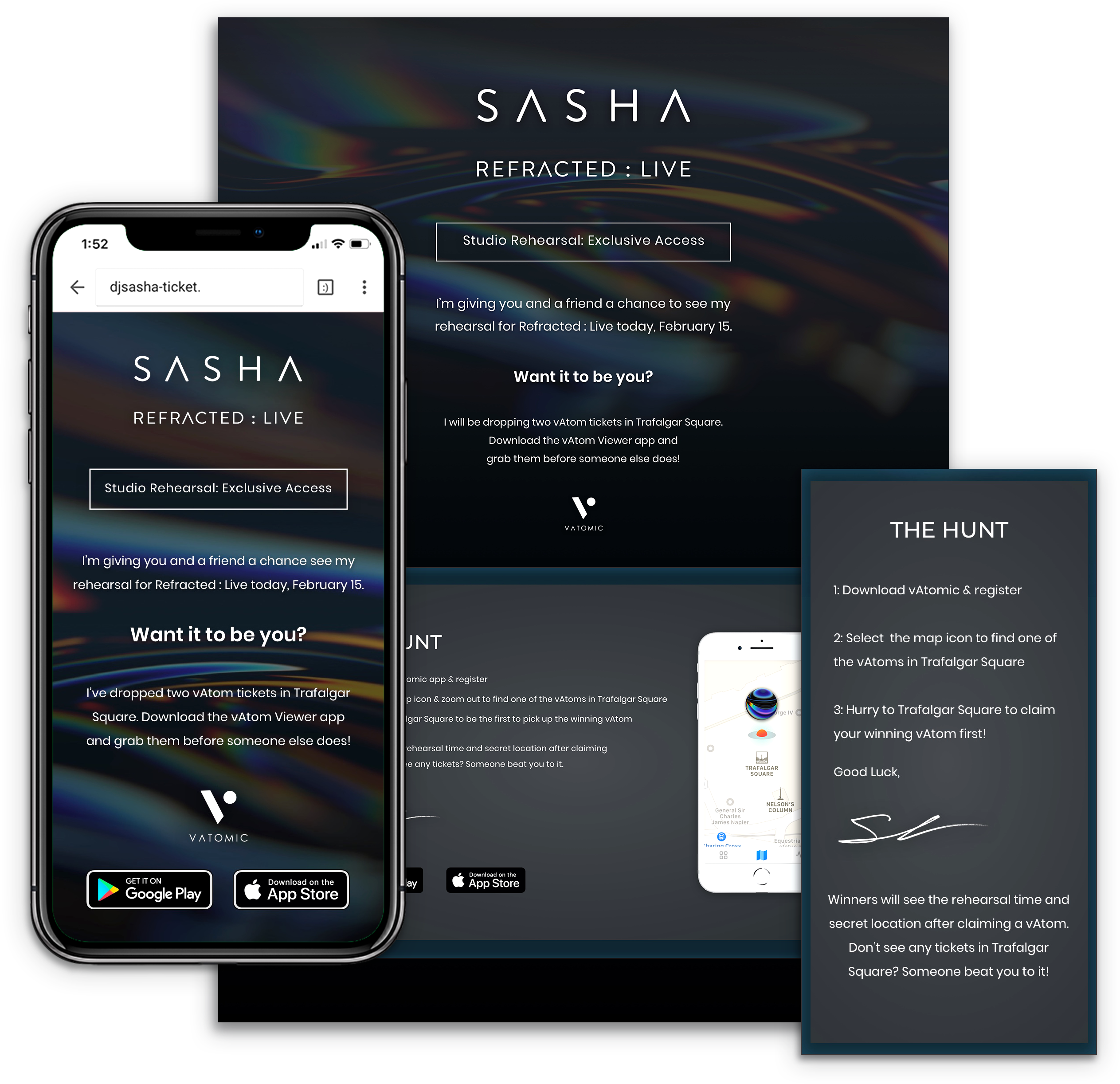 The first fan to claim the 3D vAtom in Trafalgar Square received the winning invitation to DJ Sasha's private rehearsal for his Refracted Live Tour. 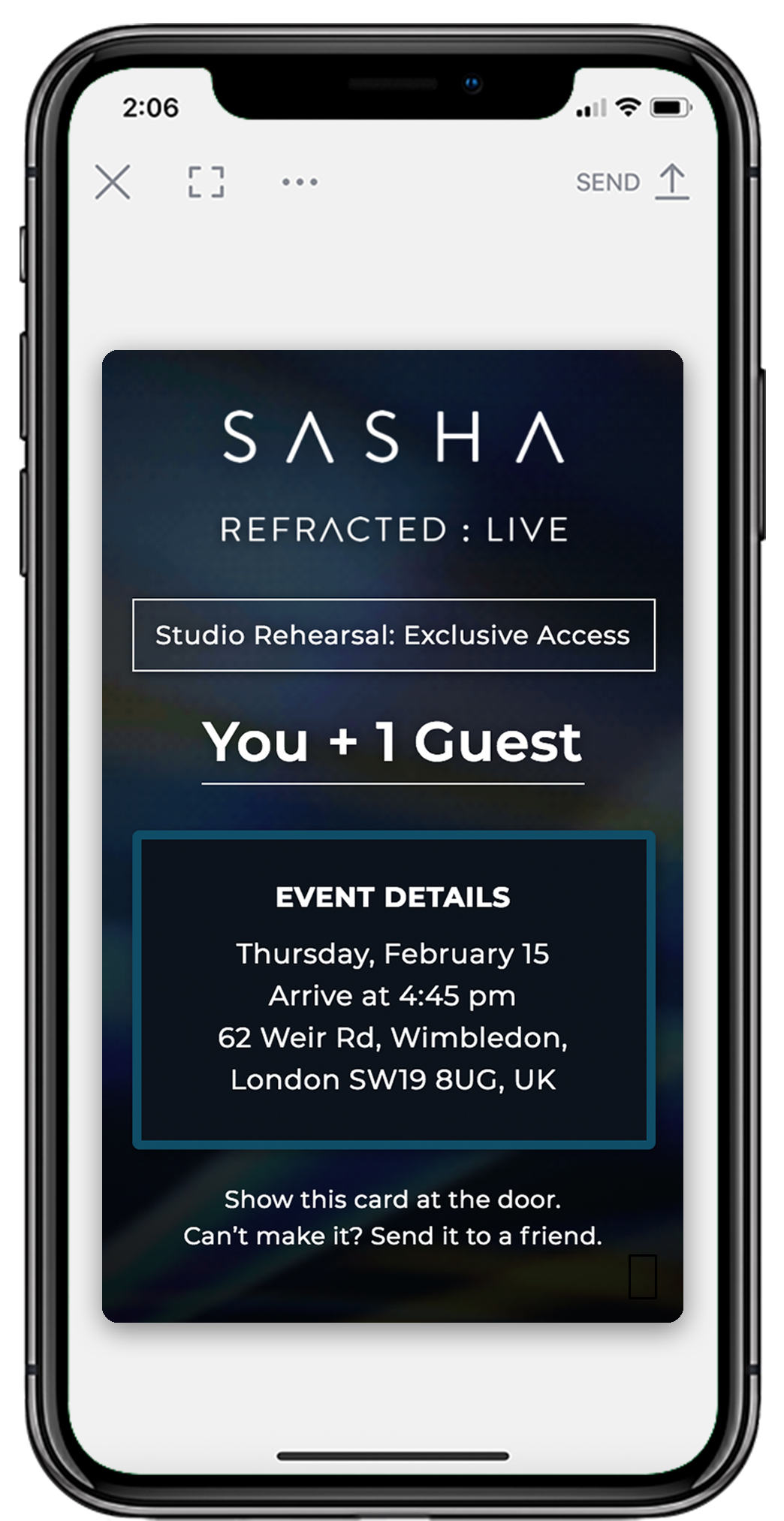 Our first virtual scavenger hunt was a huge success. The winner turned out to be one of DJ Sasha's biggest fans and was in town celebrating her birthday!
MY ROLE